The agreement of the Canada Quebec Arts Festival partnerships was supported by the Prime Minister, mister Philippe Couillard, during his mission to China in October 2014. The China-Canada Culture Exchange  Center (CCCEC), founder of the Festival, is proud of its strategic cooperation with the National Center for the Performing Arts, China International Venue Ally (CIVA), Shanghai Highnoon Culture & Arts Centre, Shanghai JZ Music Festival, Hangzhou Theater, Guangzhou Jazz Festival and Shanghai International Arts Festival to promote and to recognize the extraordinary creativity of canadian artists and cultural wealth.

The first edition of the Festival spreads its multiple activities in 15 cities of China, with more than 60 performances and concerts, 4 projects in visual and multimedia arts, a series of masterclass and the special events “Jazz – Made in Canada” and “Canada Arts in Shanghai”. Thirty two Canadian artists will perform in front of 155 000 spectators approximately.

Moreover, year 2015 marks the 45th anniversary of the establishment of diplomatic relations between China and Canada. It is thus advisable to take advantage of this once-in-a-lifetime opportunity to revitalize the cultural exchanges by the foundation of an annual festival dedicated to the artists of Quebec, reknown world wide for their creativity and their peculiarity ensuing from the marriage of the French-speaking and English-speaking cultures in this Canadian province. Such an event ennobles the tradition of cultural exchanges between Canada and China because it contributes to sharing of the innovation spirit through arts, it promotes mutual understanding and friendship between both nations, as well as it builds a long-lasting and continuous platform for bilateral cultural exchanges.

Foundation of the Festival is made possible due to the dynamic participation of Canadian artists, to the close relationship between Canadian and Chinese cultural institutions, to the dedication of China-Canada Culture Exchange Center teams, to the support of the Government of Canada and Quebec, the Embassy of Canada in China, the general Consulate of Canada for Shanghai and Guangzhou, and Quebec offices in Beijing and Shanghai. I would here express them my deepest gratitude.

I wish the “Festival” a big hit! 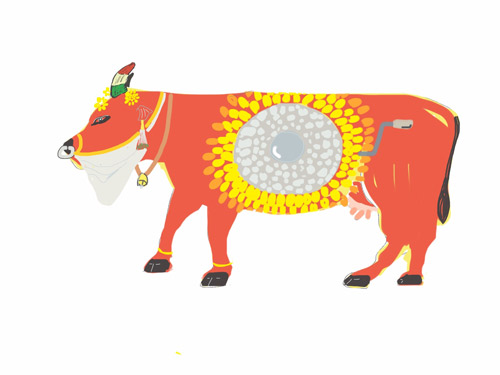